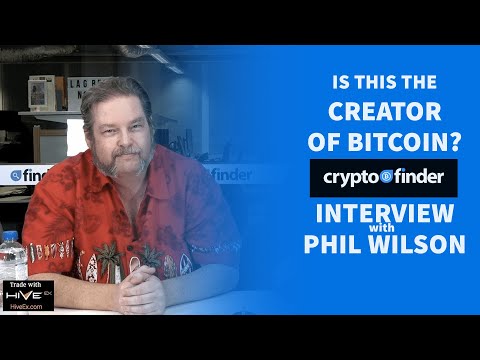 Gregory Maxwell: I didn't look to see how Bitcoin worked because I had already proven it (strong decentralized consensus) to be impossible.

And then the same idiot entered Bitcoin development and said it's impossible to scale the way Satoshi wanted it to.
http://diyhpl.us/wiki/transcripts/gmaxwell-bitcoin-selection-cryptography/

A Look at DCG & Bitfury's Incestuous Ties With the U.S. Government

Board of Digital Currency Group
Glenn Hutchins
Advisory Board
Larry Summers
DCG of course is an investor in both Blockstream and BTCC.
DCG's money comes from:
DCG also owns Coindesk.
BTCC and Bitfury are the only two large mining pools who are outspoken in their support of Bitcoin Core.
 The Bitfury Group Leadership to Present at Clinton Global Initiative (https://archive.is/MWKee)
Full Video (Begins at 32:00)
“The Bitfury Group is proud to be the world’s leading full service Blockchain technology company, we are deeply honored to represent this innovation to an audience of extremely dedicated game-changers, and we look forward to highlighting our company’s groundbreaking ‘Blockchain for global good’ work at such an important event, said Smith. “From the White House to the Blockchain, I know this technology has the power to deliver inclusion and opportunity to millions, if not billions, of people around the world and I am so grateful to work for a company focused on such a principled vision.”
 Bitfury Lightning Implementation
Chairman: Avinash Vashistha
CEO: Chaman Baid
CSO: Nandan Setlur
 BitFury Enhances Its Advisory Board by Adding Former CFTC Chairman Dr. James Newsome and Renowned Global Thought Leader and President of the Institute for Liberty and Democracy Hernando de Soto (Businesswire)
 Bitfury Board of Directors
Robert R Dykes
The other board members include two Bitfury founders, and an investor.
Bitfury Advisory Board
James Newsome
Hernando de Soto
Tomicah Tilleman
Jamie Smith
Jason Weinstein
Paul Brody (no longer appears on site, and his LinkedIn has no mention of Bitfury, but he is mentioned in a Press Release
 New America Foundation
 Muskoka Group
[note: this is worthy of much more research]
 Blockchain Delegation Attends Democratic National Convention https://archive.is/k16Nu
Attendees:
Jamie Smith — The Bitfury Group & Blockchain Trust Accelerator Tomicah Tillemann— New America Foundation & Blockchain Trust Accelerator Alex Tapscott— co-author: Blockchain Revolution Brian Forde — MIT, Digital Currency Initiative
 Brian Forde
Alex Tapscott
 World Economic Forum
 Bitfury Washington DC Office
Washington DC Office 600 Pennsylvania Avenue Suite 300 Washington, D.C. 20003
http://bitfury.com/contacts https://archive.is/ugvII
 Bitfury Chosen for Ernst & Young Blockchain Startup Challenge
 Deloitte Unveils Plan to Build Blockchain-Based Digital Bank http://www.consultancy.uk/news/12237/deloitte-unveils-plan-to-build-blockchain-based-digital-bank https://archive.is/UJ8Q5

[uncensored-r/btc] Gregory Maxwell: I didn't look to see how Bitcoin worked because I had already proven it (strong ...

The following post by Gregory_Maxwell is being replicated because some comments within the post(but not the post itself) have been openly removed.
The original post can be found(in censored form) at this link:
np.reddit.com/ btc/comments/745evg
The original post's content was as follows:


And then the same idiot entered Bitcoin development and said it's impossible to scale the way Satoshi wanted it to.
http://diyhpl.us/wiki/transcripts/gmaxwell-bitcoin-selection-cryptography/

Let's take a step back and remember there was once a time when civility was the norm...(theymos, gavin, hearn, gmaxwell, todd all getting along and giving helpful responses to a question). No matter what you believe, these people have all made important contributions to bitcoin over the years.

Small excerpt:
luke-jr sipa: we don't know that yet, and our recommendations should always be what is sane even if they get ignored.
sipa luke-jr: that's a reasonable position... but the code is written from a viewpoint that we will get weight-limited block construction
luke-jr: and the release notes should describe the code
luke-jr then the code is broken (sabotaged, it sounds like) and fixing it should be considered a blocker for any release.
sipa if that is your viewpoint, then it is segwit that is sabotaged
i disagree strongly with that
 Further:
gmaxwell I am fed up with this.
luke-jr same here.
gmaxwell luke-jr: you are abusive towards me and the other contributors.
you are obsessing over minutia on top of minutia.
You are wasting countless hours exhausting all patience.
Over matters which do not matter. The few obscure miners which will set non-defaults even though they get abusive and threatening contact from users (which drives away their hashpower); can still do so. If it's slightly slower? so what--- the latest software is dozens of times faster to creates blocks than older software and they hardly cared to upgrade.
it litterally makes no difference in the world, and yet you force people to spend hours and hours debating these things.
and I get to spend my time asking others to not leave the project because they are exhausted by you; but it even exhausts me too.
The last block from eligius was 64 hours ago. It contained NO transactions. I would say that createnew block being merely 29.5 times faster than the old code it was running until recently instead of 30x faster won't matter. ... except it won't even see that difference when it mines empty blocks with no transactions at all.
When it does actually include transactions-- it appears to produce maximum size blocks just like everyone else: https://blockchain.info/block/00000000000000000...
 The entire discussion is interesting. The conversation roughly starts here.
More context: https://github.com/bitcoin/bitcoin/pull/8459

Let's take a step back and remember there was once a time when civility was the norm...(theymos, gavin, hearn, gmaxwell, todd all getting along and giving helpful responses to a question). No matter what you believe, these people have all made important contributions to bitcoin over the years.

In Nov 2014, Gmaxwell Advocated for the Deletion of Andreas' Wikipedia Page: *'''Delete''' I'm one of the developers of the Bitcoin reference software (and a long time Wikipedia user) and probably wouldn't know who this person was outside of using reddit;

Gmaxwell is totally fine with how bitcoin is at the moment. Meanwhile, we have had a constant backlog for several days with rising fees. 33,000 tx waiting to be confirmed.

"Bitcoin is a revolution currency but a fairly inefficient payment network. If people turn this on its head and try to market bitcoin as a payment rail where the currency is an unfortunate requirement, it would be immediately out competed in the market ..." - gmaxwell

GMaxwell's latest scheme descends into outright science fiction: "Suppose your employer pays you with Bitcoin and you later spend those coins on your rent and groceries".

GMAxwell (u/nullc): "many 101 supporters are well known to be heavily invested in altcoins, or long time Bitcoin opponents."

Wow, shocked (but maybe I shouldn't be) that Blockstream/Gmaxwell and other core devs want to change Bitcoin Core license to no longer be open source!!! Why aren't more people freaking out about this?

11-21 20:53 - 'Tinfoil hat time: What if r/btc planned a bot attack on r/bitcoin well in advance, and in order to shift blame set up an account that followed GMaxwell around, commenting like him, so that they could use hi...' (self.Bitcoin) by /u/bitofabitcoin removed from /r/Bitcoin within 14-24min

'''
[removed]
'''
Tinfoil hat time: What if btc planned a bot attack on bitcoin well in advance, and in order to shift blame set up an account that followed GMaxwell around, commenting like him, so that they could use him as a scapegoat?
Go1dfish undelete link
unreddit undelete link
Author: bitofabitcoin

Tinfoil hat time: What if r/btc planned a bot attack on r/bitcoin well in advance, and in order to shift blame set up an account that followed GMaxwell around, commenting like him, so that they could use him as a scapegoat? /r/Bitcoin

From Bitcoin Wiki. Jump to: navigation, search. Ask peers for the identiy of their best block, get all distinct ones. Exclude any that couldn't be valid based on what we can validate: Minimum difficulty, timestamp, syntax, subsidy. (An additional rule like diff must be >=x if the height is >=y can prevent spamming attacks here mostly safely) Sort by {difficulty, height, num-peers-reporting ... Maxwell, Wuille Co-Author Proposal for a Big Boost to Bitcoin's Bandwidth A newly-proposed relay protocol could reduce the “transaction bandwidth” used up by bitcoin nodes by up to 75%. Bitcoin help chat. Bitcoin Meta your communities . Sign up or log in to customize your list. more stack exchange communities ... G. Maxwell. My profile image is a constructive proof that all possible dyadic paritionings of a square cannot be enumerated by an algorithm that recursively partitions by halves horizontally or vertically. Any such solution will contain a strut (a line going all the ... Gregory Maxwell – Skeptic about Bitcoin idea. Gregory Maxwell was initially skeptical about the idea of a decentralized currency. He also thought that this idea is impossible to implement. He was part of the cryptography mailing list where Satoshi Nakamoto introduced the concept of Bitcoin. Greg thought that the idea of Bitcoin won’t work out based on his previous experience working for ... It seems the last time Ghislaine Maxwell used Reddit, her last post was about someone mysteriously sending a billion in bitcoin on June 30.

Bitcoin: How to Get your Bitcoin Core Wallet Up and Running