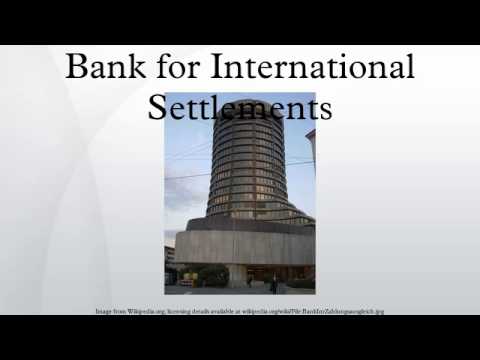 Derivatives will kill us all!

My first RI!
I brought this up here a few weeks ago but I thought it was worth expanding on. Our exhibit of badeconomics:


BIS says there are $1 quadrillion in derivatives right now on earth. The last time there was this much in derivatives was before 2008. The banks made sure they can take your money if they crash in the last budget bill passed by U.S. How much is $1,000,000,000,000.00? If one dollar = one second. one million dollars = 12.5 days one billion dollars = 30 years one trillion dollars = 30,000 years one quadrillion dollars = 30 million years When derivatives collapse, you will finally understand that sea level and earth temperature rises will be the least of your worries, unless a resilient high pressure block parks its ass over the mid-west this summer. Because if it does, world starvation will begin. Don't forget that the U.S. government sold off its grain reserves in the last recession.

Here's a graph of the debt-backed fiat settlement network that (mis)allocates the capital that buys & sells the oil & bombs that kill our planet. The Bilderberg Group (behind Blockstream) & BIS (Bank for International Settlements) are "main hubs" on this network. Will they be "main hubs" on LN also?

http://www.bilderberg.org/bankerz.jpg
http://www.bilderberg.org/bis.htm#Mendez
http://www.webofdebt.com/articles/basel.php
Here goes, my 2 satoshis worth, with my tinfoil hat firmly in place:
These people aren't interested in earning millions of dollars.
They're interested in continuing to control the world using the trillions of dollars which they print up, (generally mis-)allocate, and then settle on their settlement network, controlled by their "main hubs" or "master nodes" which include the IMF (International Monetary Fund), the World Bank, the Fed (US central Bank), the ECB (European Central Bank), the BoE (central Bank of England), and the BoJ (central Bank of Japan) ...all subordinate to the "the central bank of central banks": the BIS (Bank for International **Settlements), based in Basel, Switzerland.**
http://www.bilderberg.org/bis.htm#Mendez
The head of the Bilderberg Group is already known to be one of the main investors behind Blockstream.


https://np.reddit.com/Bitcoin+bitcoinxt+bitcoin_uncensored+btc+bitcoin_classic/search?q=author%3Aundergroundnews+bilderberg
In order to keep controlling this planet, they desperately need to keep everyone locked into their Master Settlement Network.
They'll stop at nothing to achieve this - including starting wars
They have started multiple wars (while of course lying about the reasons), in order to keep us all obedient slaves exchanging meaningless tokens on their Master Settlement Network:


The owners of Blockstream are spending $75 million to do a "controlled demolition" of Bitcoin by manipulating the Core devs & the Chinese miners. This is cheap compared to the $ trillions spent on the wars on Iraq & Libya - who also defied the Fed / PetroDollar / BIS private central banking cartel.


https://np.reddit.com/Bitcoin+bitcoinxt+bitcoin_uncensored+btc+bitcoin_classic/search?q=author%3Aundergroundnews+wars&sort=relevance&t=all
The little war which they started to split Bitcoin users into various factions is humming along nicely.
The recipe: They took something totally obvious and necessary (Simple and Safe On-Chain Scaling via Bigger Blocks First) and turned it into a taboo.
And then, after the inevitable, unending protests, now they're starting to bitch about us bitching too much.
Well, sorry we didn't shut up and let you quietly destroy our p2p network.
The people who aren't influenced by lies and propaganda have known all along that bigger blocks now are the simplest and safest scaling solution for Bitcoin - despite an intensive, years-long campaign of lies and propaganda to the contrary.
And we still know this, which is why we keep repeating it: because we're right and they're wrong.
They're fighting dirty to keep control of the world's money.
And they're using their usual grab bag of dirty tricks:
As more details on Blockstream's strategy for the Lightning Settlement Network continue to emerge, it just keeps getting uglier and uglier:
We already have centralization of mining, centralization of development.
Now they want to force us into centralization of "transacting" (instead of settlement-free ie direct p2p transacting).
Always trying to introduce a middleman and a toll-booth and a central chokepoint of control. That's the topology they know and love, because it's the one that lets them control the world.
They hate everything P2P
P2P sharing of music and movies was bad enough (for them) - and they fought it forever (and by the way: they lost).
Now along comes money on a P2P payment network which they can't control. Can you imagine how big their freak-out must be?
Think about it: If they really wanted Bitcoin to remain P2P, they'd be in favor of all scaling solutions - in particular, the simplest and most direct one: Bigger Blocks First.
Instead, they're paying lip service to "bigger blocks someday - maybe", while doing everything they can to implement the Lightning Settlement Network first - telling people whatever they want to hear in order to get us to support it:
But always remember: Their main goal is not to help users buy coffees, or miners get fees.
They're playing for something much, much bigger: turning Bitcoin from a P2P network into another settlement network with "main hubs" that they hope they will be able to manipulate and control, just like they do with the current money system.